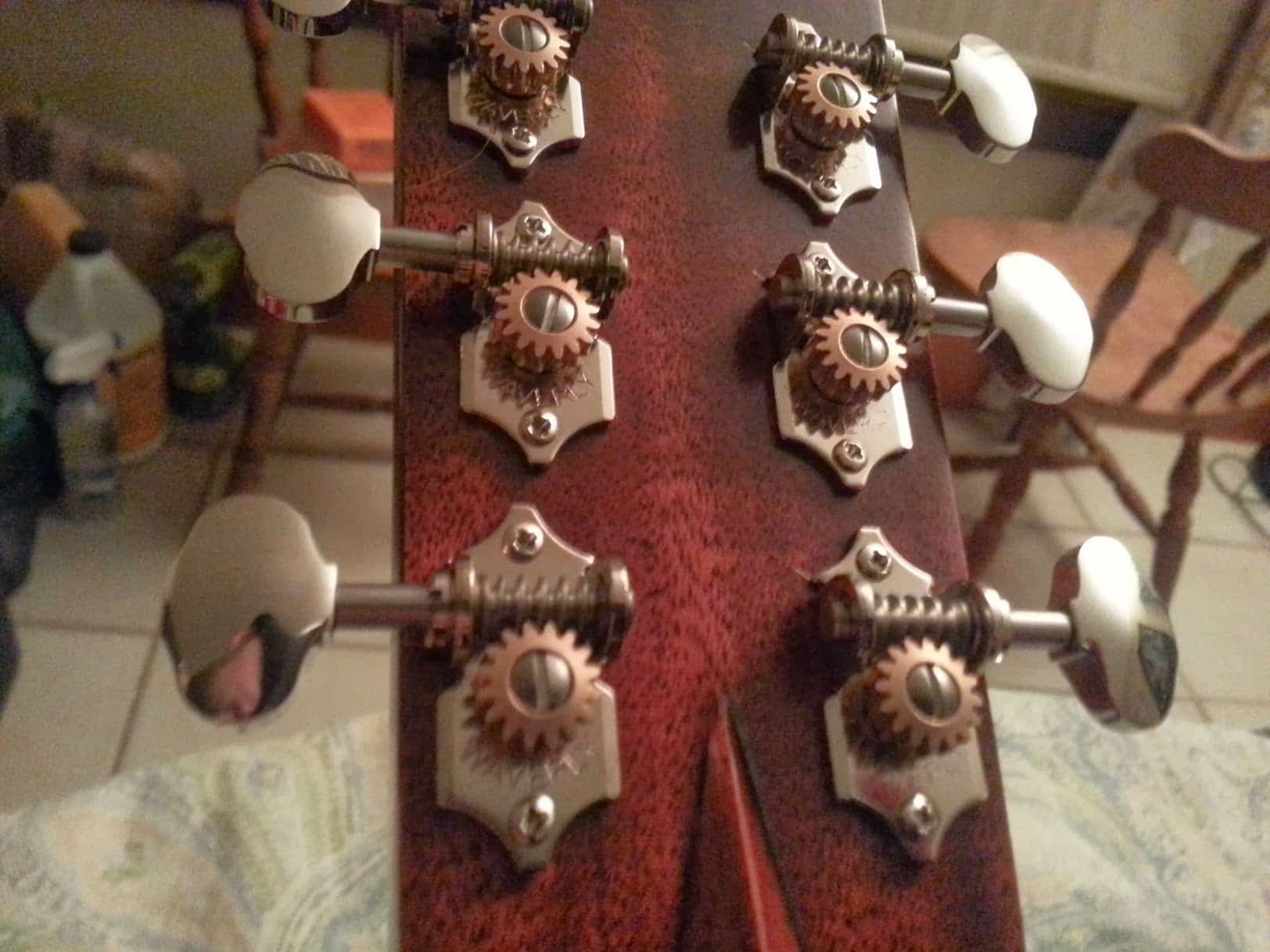 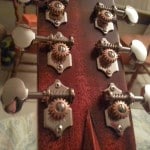 It’s a beautiful guitar. It might be the nicest sounding guitar I’ve ever played.

It does have a few things that bother me however…

First of all, the Truss rod is hidden waaaay up above the neck block. There’s no way to see it without a mirror. For the most part that’s not an issue, but it makes simple truss rod adjustments annoying.

Also, the Santa Cruz tuners that are absolutely horrible. At least the ones on this guitar were, they’re wobbly and have almost a full turn worth of lag. They’re inconsistent and in a word… terrible.

The obvious solution to this is to install Waverly tuners.

During my research, which I like to do especially before I take tools to an expensive guitar like the OM/PW, I wasn’t finding enough information supporting whether or not the tuners would be a direct replacement for the stock ones. Now that I’ve done the upgrade, I can add to the library of information on this guitar.

Waverly tuners fit the SC perfectly. They are a drop in replacement. You don’t even have to replace the bushings, and the screw holes line up perfectly. No drilling or reaming is required. All you need is a little screwdriver.

Also, the bushings look like there is a 10MM nut on them. Don’t try to turn this. These are press in bushings and turning them will likely do nothing but scrape up the finish. Literally all you need to do is unscrew the tuners and pull them out. Don’t make it more complicated than that. If you decide to replace the bushings, tap them out, or use a tool designed for this purpose. NOT a ratchet. 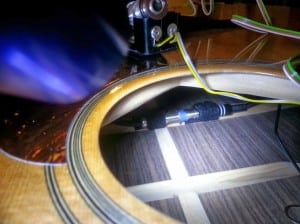 I’d also like to add some information about the K&K Pure Western Mini pickup. While this pickup does sound fantastic in it’s natural passive state, it’s very obvious that something is different about it when compared to a bunch of guitars with active pickups in an environment like an open mic.

I have an external K&K preamp for the pure mini that I bought a few years back for a different guitar… but I’m not dragging an external box around to open mics and such. It’s just another piece of kit to lug around. (It does sound excellent and is a better solution if you’re running your own sound).

I decided to add a preamp to the guitar while I had the strings off to change the tuners. I went with the K&K Pre-Phase which provides a volume knob and phase reverse switch. Installing this was simple. These really aren’t hard things to do, and even on valuable guitars, it doesn’t make much sense to pay someone else to do it.

To install the preamp, I simply had to unscrew the end strap pin and pull the jack out through the soundhole. The preamp provides a 1/4 plug that fits into the jack. That assembly is then secured to the back brace with velcro, down far enough where it can’t be seen. The battery holder secures to the neck block with velcro, and the volume knob attaches to the top so that it’s reachable through the soundhole, but not visible. The wires get secured with clips and double sided tape. The last piece is the new end jack, which I fished back through the endpin hole with a standard guitar cable. Screw the strap peg back on, and installation finished.

Both upgrades took about an hour. (most of that getting my fat arms into the body of the guitar to attach the velcro)